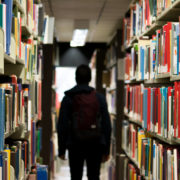 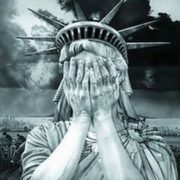 A shock wave has reverberated through NYC households with the results of this presidential election. 90% of New Yorkers voted for a candidate that our own New York Time’s Upshot poll gave a 99% chance of succeeding in arguably one of the most polarizing elections in modern history. On Tuesday, most of the city went from an overall feeling of hope, chance and excitement to confusion, desperation, fear and anxiety. The next morning most parents have asked- “what do we tell our children?” as they felt sure that the candidate they had endorsed in the polls and at home would become the president elect. Many articles have come out on how to explain the result to the children. However, there has not been much conversation on how to explain it to yourselves. In order to move forward, you need to dig deeper into what pains you the most about Donald Trump, the loss of Hillary Clinton and why. Superficial acceptance and trite expressions of coming together when you’re not quite there will not help you completely move forward until you fully process these issues.

You need to allow yourself to grieve. These expressions of sorrow and anger are not “dramatic” and instead, they are therapeutic. At first, grief may feel insurmountable and chaotic. Put some words to your grief. What are you most upset about? Why? The answers to these questions speaks to issues that define YOU and the issues surrounding your intimate life. When disentangling these components of your dreams/fears/wishes/goals for yourselves and your families, past and current issues are drawn forth and can be dealt within the context of this sociopolitical climate.

There are many issues that have deeply troubled women during this election; too many to write about. One that is pertinent for women is women’s rights. The loss of Hillary Clinton can feel as a setback for the accomplishments women have made in society. Furthermore, the issues that separate her from her opponent are deeply related to a women’s identity and the self-determination of her body as their own. Women who have felt this gender discrimination, had their bodies objectified and/or abused and those who have been fighting for their own fertility, maternity leave, and for their daughter’s rights may feel this sting harder than others.

Other women are most frightened about the security of this country. Some women have expressed concern for this president elect’s ability to keep this country safe. Flashbacks and unprocessed emotions from that day are brought up and the uncertainty for the future is unbearably frightening.

As you are able to speak about these issues in depth and give them life, then you can then begin to construct some meaning and plan for your next steps. From this, you can then impart these principles onto your children and support your stances from the home and possibly to the government. As Trump’s presidency begins, you will be able to separate your own fears with what can become reality. This will allow you to work on your own unresolved past issues as well as develop the necessary coping skills for dealing with the uncertainty moving forward.

I will be holding a process group for women struggling with the current election results on 11/14/16 and 11/15/16 at my private office. Contact me for details: jescottpsyd@gmail.com